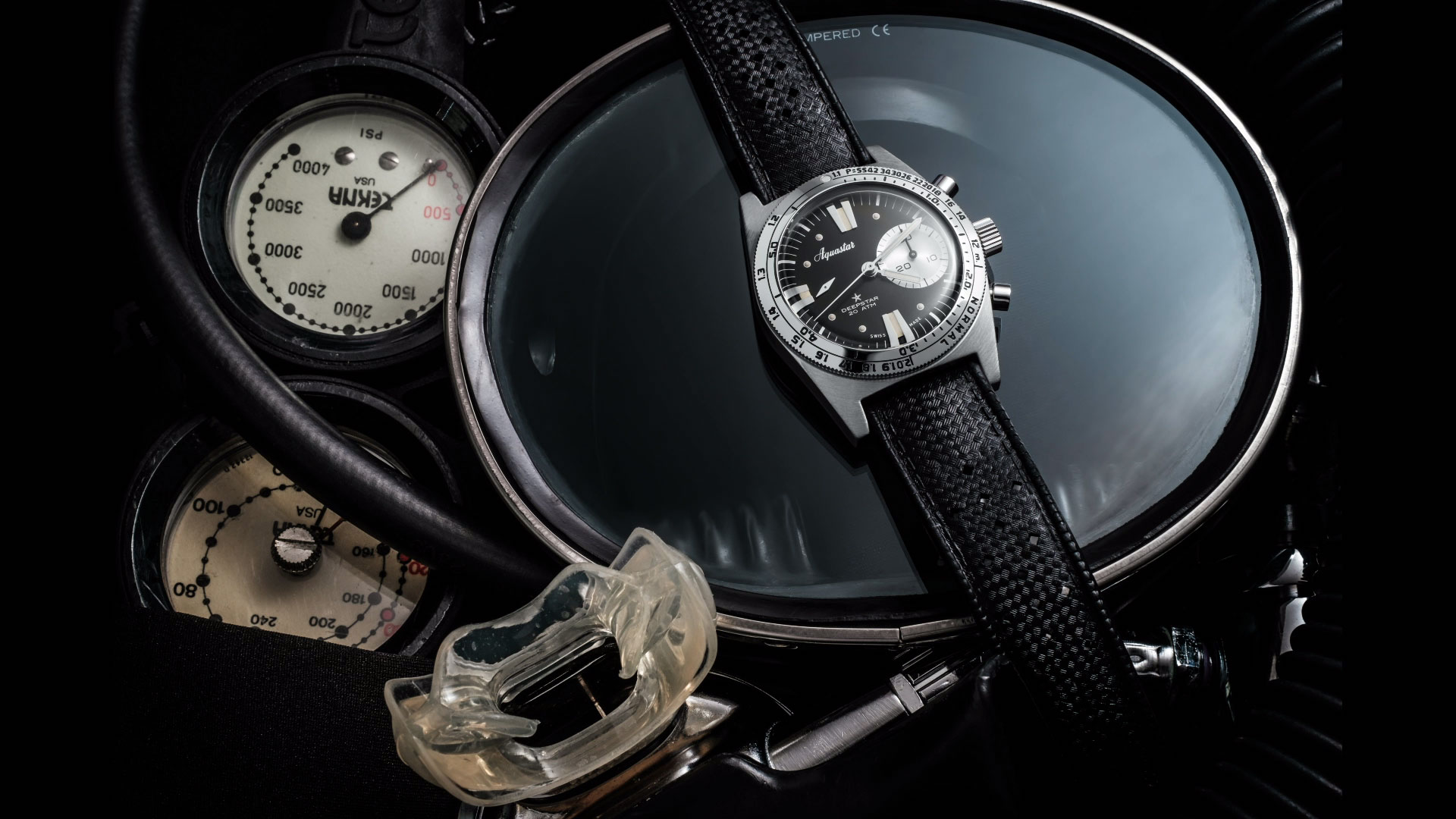 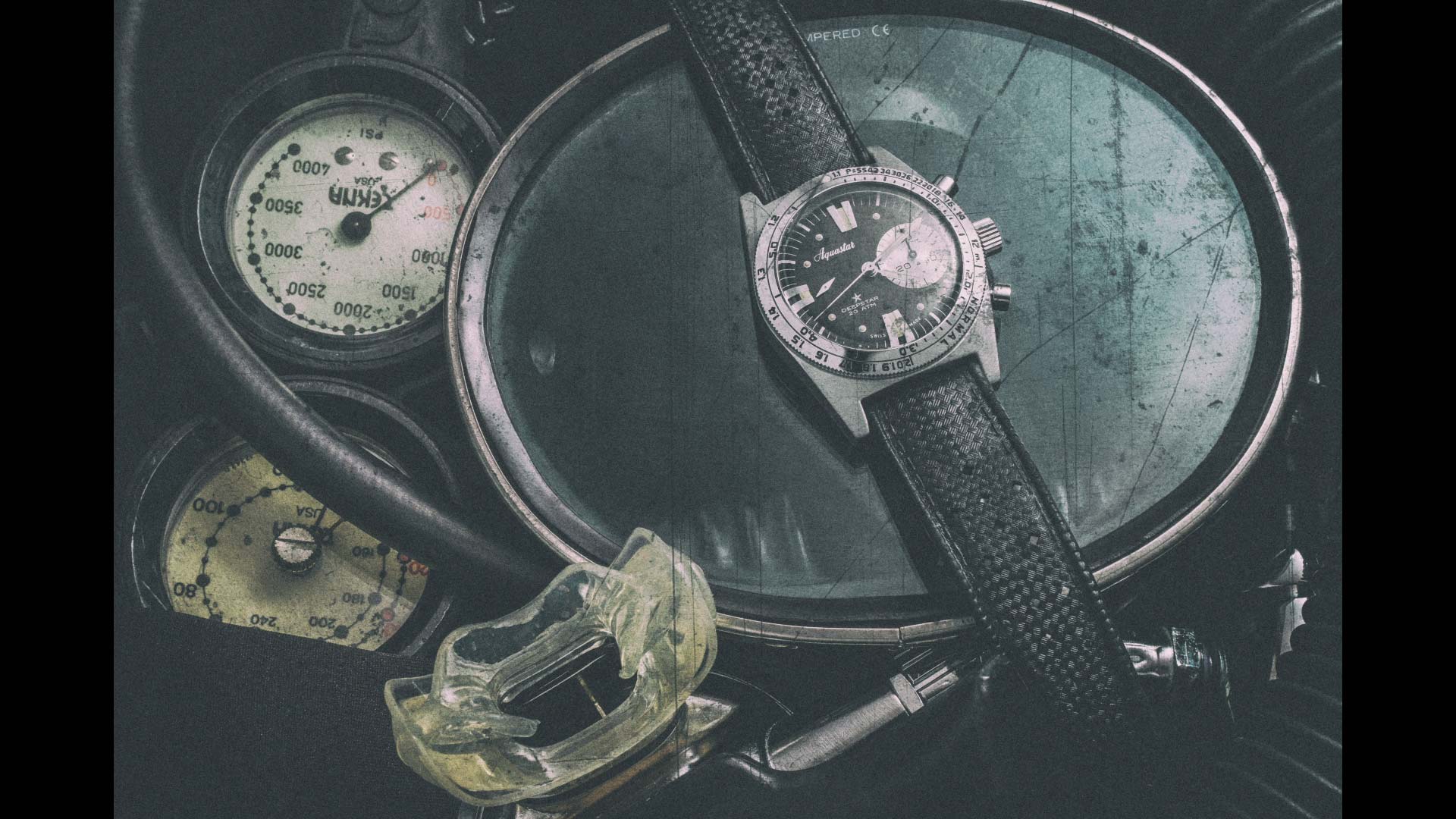 The early days of Aquastar

Aquastar was founded in 1962 in the city of Geneva in Switzerland by Mr. Frédéric Robert. Mr. Robert, a diver, a sailor, a pilot, a mathematician and a watchmaker took over the brand JeanRichard® from his father and soon changed the name JeanRichard® to Aquastar to reflect the idea behind his venture, that is to create professional grade instruments for divers and aquatic activities.

Within ten years of its foundation and with the help of the genius Marc Jasinski, Aquastar had been awarded numerous patents, based on each patent a new Aquastar family member was born. The inner rotating bezel in the model 63, the multiple dive decompression bezel in the Deepstar, the Benthos and the Regate counter. the new crown sealing system and the friction bezel ring, both were incorporated in every Aquastar and finally the regatta counter watches.

Being envisaged as strictly professional instruments, Aquastar watches were only available through professional diving equipment outlets and were never offered on a large scale to retail distributors. While Aquastar timepieces set milestones in the development of dive and regatta watches, the lack of mainstream distribution channels could have been the reason why the brand’s success was the best kept secret among professional divers of that era.

Also, the formidable advance of the new quartz technology made it even more difficult for Aquastar and Frédéric Robert to continue innovating and developing new watches. As a consequence, Frédéric Robert moved to Bienne where he was hired as a consultant to design some of the world’s most recognizable, purposeful dive watches for the region’s most prominent watch manufacturer. At his capacity as a consultant, F. Robert was able to continue implementing his vision of the perfect tool watch.

In 1974 Frédéric Robert retired and in 1975 Aquastar was acquired by the Eren Group, also established in Geneva. The Eren group implemented a new strategy and created mainstream dive and sports watches which were then made available to the general public through retail outlets until 1982.